**Waiting on Wednesday is a weekly meme hosted by Breaking the Spine that spotlights highly anticipated upcoming releases.**

Imagine a time when the gods turn a blind eye to the agony of men, when the last of the hellions roam the plains and evil stirs beyond the edges of the map. A time when cities burn, and in their ashes, empires rise.Alexander, Macedonia’s sixteen-year-old heir, is on the brink of discovering his fated role in conquering the known world but finds himself drawn to newcomer Katerina, who must navigate the dark secrets of court life while hiding her own mission: kill the Queen. But Kat’s first love, Jacob, will go to unthinkable lengths to win her, even if it means competing for her heart with Hephaestion, a murderer sheltered by the prince. And far across the sea, Zofia, a Persian princess and Alexander’s unmet fiancée, wants to alter her destiny by seeking the famed and deadly Spirit Eaters.

Weaving fantasy with the salacious and fascinating details of real history, New York Times bestselling author Eleanor Herman reimagines the greatest emperor the world has ever known: Alexander the Great, in the first book of the Blood of Gods and Royals series.

Why am I waiting…

So apparently Legacy of Kings comes out August 18th 2015, NOT August 25th 2015.
I’m really excited to get my hands on this one! I’ve never read a book about Alexander the Great and it’s been awhile since I’ve read a historical fiction novel, luckily Eleanor Herman seems to be well known within the historical fiction genre. Also, that cover. BEAUTIFUL!!!
For those of you who have Legacy of Kings on your TBR. Did you know there’s a prequel and it’s currently FREE!?! 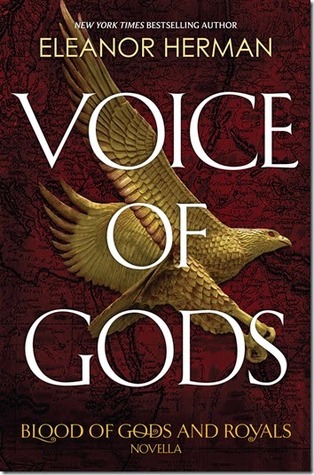 What are you waiting on this week?!
Please feel free to leave me links to your WoW below!
Patty♡

24 thoughts on “Waiting on Wednesday (8): Legacy of Kings”

Instagram | Twitter | Goodreads
“When somebody says 'it's just a book' smile because they just don't understand.”
― George R.R. Martin